The chance to go to school 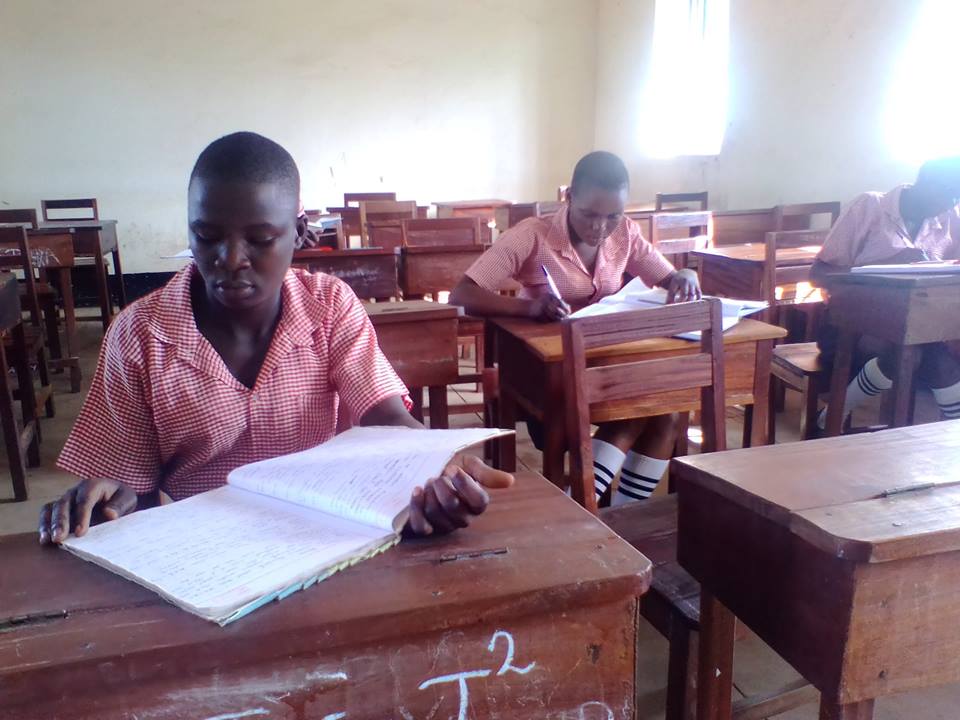 After Tuna’s father was badly injured in a petrol fire, he could no longer work as a policeman.  Her mother had no job and could not afford the school fees.

“Life became hard for me since my father got burnt in the fuel incident. There was no one to pay my school fees yet I wanted to study,” says Tuna.

Tuna dropped out of school and began making mandazi the local bread and tamia (or falafel) which she sold at a roadside stall.  Most of the money she earned provided for her family but she was able to save a little in the hope she could go back to school.

One day she heard a promotion offering scholarships to girls on Maridi FM, the local station.  Excited, applied for a scholarship.  Here determination to study was very clear to the interviewing team from the Maridi Service Agency.  She was one of 14 successful students in 2016.

“At that moment I knew my hope for studies was restored and I only needed to focus on my studies but not how to get fees again,” Tuna says.

Tuna is completing her final year at school and is planning to become a nurse.

Education for girls in South Sudan

“Thanks to CWS that gives us funds to support these girls achieve their dreams.  God bless the hand that gives.” Maridi Service Agency

A group of students who saw the need to promote education started Maridi Service Agency in their holidays.  They established a high school, three (now two) preschools and a vocational training programme.  Many local schools have HIV AIDS clubs supported by MSA.

They run Maridi FM which features education programmes on issues like HIV and AIDS and promotes education for girls.  MSA runs the only HIV testing clinic and is heavily involved in peacemaking efforts.

School for Girls funds a scholarship programme for girls in South Sudan.